UGA Classics Europe - Unearthing the Past 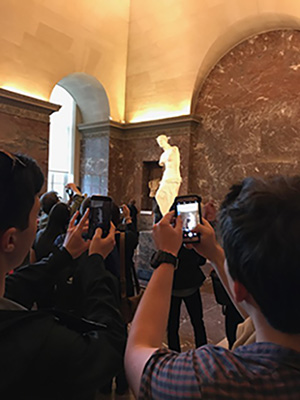 Climb the Acropolis to the majestic Parthenon in Athens, Greece; stroll through the once vibrant streets of ancient Pompeii and the poetic landscape of Paestum, Italy with stately Greek Temples; retrace Julius Caesar's steps in the Roman Forum, Rome;  and anticipate the start of gladiator combats in the Colosseum, Rome. Admire ancient artistic masterpieces in the Vatican and Capitoline Museums, the Venus de Milo and Nike of Samothrace in the Louvre, and Michelangelo's iconic statue of David in Florence. Look up at the dome of the Pantheon in Rome; Brunelleschi's dome in Florence; and the domes of the Pantheon in Paris and St. Paul's Cathedral in London. Stroll through the Classical gardens of Versailles and Stourhead, England and the timeless streets of Roman Florence, Paris, and London. Enter the Roman baths of beautiful Georgian Bath, England, and contemplate the legacy of Pericles' Athens as you marvel at the breathtaking Classical beauty of the Parthenon Sculptures (Elgin Marbles) in the British Museum.

... it's the fast track to being cultured.

A Maymester program that focuses on the history, art, architecture, and archaeology of Classical antiquity (Troy to Augustine) and its reception in Europe with site visits to iconic monuments, museums, and excavations.  Various topics and itineraries throughout Europe examine the material culture of Classical Europe and its legacy on Western Culture.  Students enroll in 2 courses (6 credit hours total): CLAS4130 Archaeology of Rome's Provinces and a second course depending on the program itinerary: CLAS4395 Legacy of Classical Antiquity OR CLAS4390 The Grand Tour OR CLAS4110 Early Rome and the Etruscans. The program is physically challenging and may not be suitable for all students.  Participation is limited to a maximum of 20 students with preference given to students who declare a Classics Minor.  Both of the program's courses (6 credit hours total) count towards the Classics Minor (15 credit hours of advanced course work).  The program also fulfills the Franklin College of Arts and Sciences Experiential Learning requirement.

Academic Goals: To study step-by-step the material legacy and impact of the Classical cultures of ancient Greece and Rome throughout Europe on the history, art, architecture, literature, and archaeology of key periods in Western history: Middle Ages, the Renaissance, Enlightenment, Counter-Reformation, Neoclassicism, the Grand Tour; Fascism, and Contemporary Culture.

Mario Erasmo is Professor of Classics at the University of Georgia specializing in the Legacy of Classical Antiquity, the Cultural History of Death, and the Meta-theatricality of Ancient Rome.  He is an Associate Faculty Member of the UGA Center for Archaeological Sciences.  Professor Erasmo is the author of numerous books and articles, including Death: Antiquity and Its Legacy (I.B. Tauris, 2012) and Reading Death in Ancient Rome (Ohio, 2008). His extensive travel and study abroad experience across Europe informs his walking guides Strolling Through Rome: The Definitive Walking Guide to the Eternal City (I.B. Tauris, 2015; Tauris Parke 2019) and Strolling Through Florence: The Definitive Walking Guide to the Renaissance City (I.B. Tauris, 2017).

CLAS4130: The Archaeology of Rome's Provinces

Credits: 3
Course Description: The archaeology of the Western and/or Eastern provinces of the Roman Empire, concentrating on the major cities and sanctuaries and their physical remains.
Meeting date(s): TBA
Instructor: Professor Mario Erasmo
Department: UGA Department of Classics
E-mail: merasmo@uga.edu

CLAS4395: The Legacy of Classical Antiquity

Credits: 3
Course Description: An examination of the cultural legacy of Classical antiquity in the West on the development of Medieval, Renaissance, Baroque, Neoclassical, and Modern art and architecture studied against the backdrop of the rise of Christianity, Humanism, the Counter-Reformation, the Enlightenment and Fascism.
Meeting date(s): TBA
Instructor: Professor Mario Erasmo
Department: UGA Department of Classics
E-mail: merasmo@uga.edu

June 2nd, 2022 - Participants are responsible for making their own flight arrangements.

All hotels are centrally located and include breakfast and access to WiFi (occasionally for a fee). Several group meals are included, otherwise, students have many food options at various price points as opportunities to interact with the local culture and people.

*Subject to change. Amount does not include tuition or flights to and from Europe. 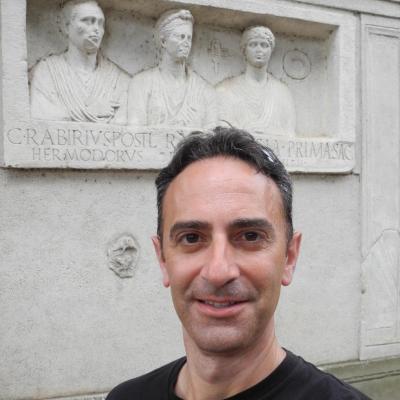